Warpage and distortion is often a big problem in injection moulded HDPE in particular. It is inherent due mainly to rearrangement of the polymer chains into a partially crystalline matrix, requiring less space than the molten polymer.

Other olefinic polymers also exhibit this crystallization, but the resultant distortion is not so nearly as pronounced. In the case of PP, the crystallisation rate is considerably slower than HDPE, allowing realignment of the matrix. With LDPE, the degree of crystallisation is lower still resulting in less shrinkage, warping or distortion of the article. The choice of colourants used in formulations may influence the crystallisation of polyolefin polymers, which may manifest itself in dimensional instability – commonly referred to as warpage. This may more precisely be due to shrinkage of the part being made.

The design of the part may have taken into account the specification of the host polymer from the outset, so that intricate parts fit together perfectly or that the lid of a bin sits flat. However, it is known that certain types of pigment may induce warping or shrinkage.

Here at Prisma Colour we also are aware that how they have been manufactured, the surface treatment used and how colourants are subsequently processed, may adversely affect the article

Experience has shown that inorganic pigments do not have a significant effect on shrinkage of polyolefins but that most organic pigments do have some effect. The theory behind this, is that the pigment interferes with the nucleation of the polymer as it cools, causing a modified crystal structure. For relatively large articles with a central gate, such as a lid or complex articles such as crates, the different shrinkage values result in considerable internal stress forces in the moulding.

These stress forces then manifest as distortion, warping and even cracks. Example of cracking in application as a result of the effects of warpage.

The technical team at Prisma Colour can help you in your design stage, through our many years of experience working with all colourant types and not being tied to any one supplier. With the correct selection of materials during the colour formulation, we will create the right product for your needs to ensure your product is within tolerances.

Where the application would be adversely affected should distortion or warpage occur, pigments can be chosen that have been tested by the suppliers demonstrating low or no warping tendency.

Possible tests to demonstrate these effects:

Injection at one end of a long, slim moulding produce longitudinal flow, where the shrinkage may be noted as a difference in length (parallel to flow lines) and a difference over the width (perpendicular to the flow lines); relative to the mould dimensions. 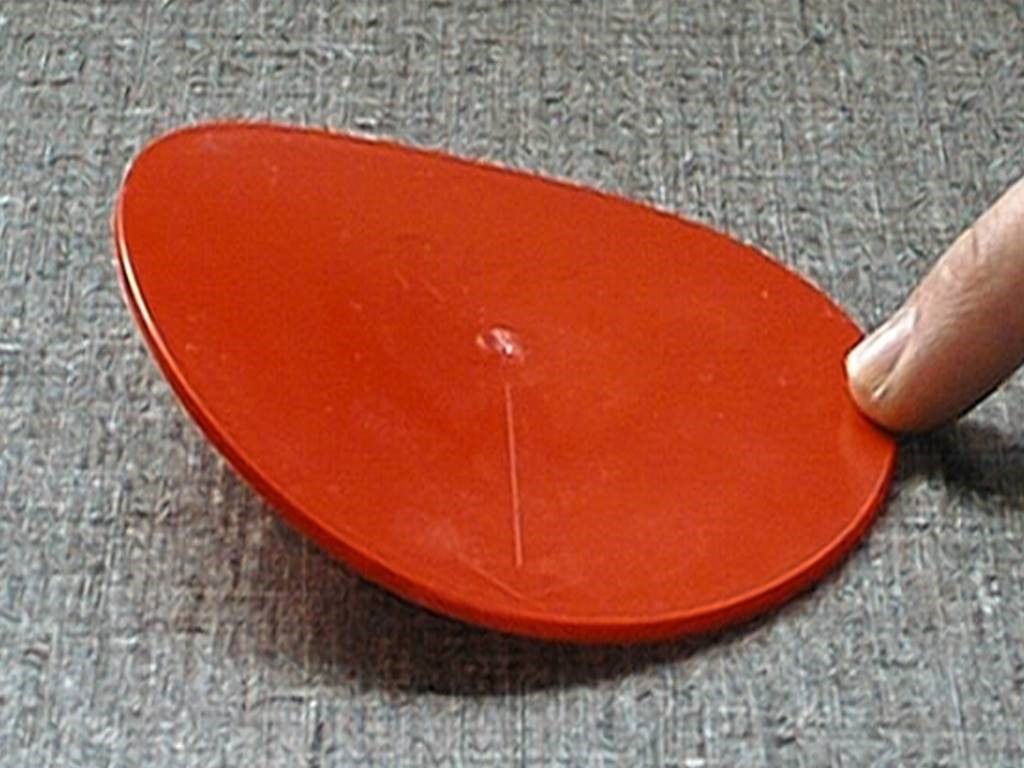 Warping into the design of a ‘bike saddle’.

Warping behaviour maybe noted in a 2nd test; an injection moulded disc with a central gate only. This shows radial flow and where dimensional instability occurs, a ‘traditional chinese hat’ type effect is observed – due to the circumference now being too short; or a ‘bike saddle’ effect where the circumference has become too long.

If you’re having technical issues with your mouldings, contact us at Prisma Colour for the best possible colour masterbatch.

This website uses cookies to improve your experience while you navigate through the website. Out of these, the cookies that are categorized as necessary are stored on your browser as they are essential for the working of basic functionalities of the website. We also use third-party cookies that help us analyze and understand how you use this website. These cookies will be stored in your browser only with your consent. You also have the option to opt-out of these cookies. But opting out of some of these cookies may affect your browsing experience.
Necessary Always Enabled
Necessary cookies are absolutely essential for the website to function properly. This category only includes cookies that ensures basic functionalities and security features of the website. These cookies do not store any personal information.
Non-necessary
Any cookies that may not be particularly necessary for the website to function and is used specifically to collect user personal data via analytics, ads, other embedded contents are termed as non-necessary cookies. It is mandatory to procure user consent prior to running these cookies on your website.
SAVE & ACCEPT